Please accept my sincere best wishes to you and yours for a joyful, healthy and prosperous 2016.

2015 was a record-breaking year for Real Estate sales across most if not all of the Lower Mainland market.

I finished the year receiving the Royal LePage Presidents Gold Award recognizing the TOP 6% of Realtors. This level of business would not be possible without fantastic support from great clients like yourselves. I wish to truly express my sincere appreciation to you for helping make 2015 such an incredible success.

Here is my newsletter and market report published by the Real Estate Board of Greater Vancouver (REBGV): 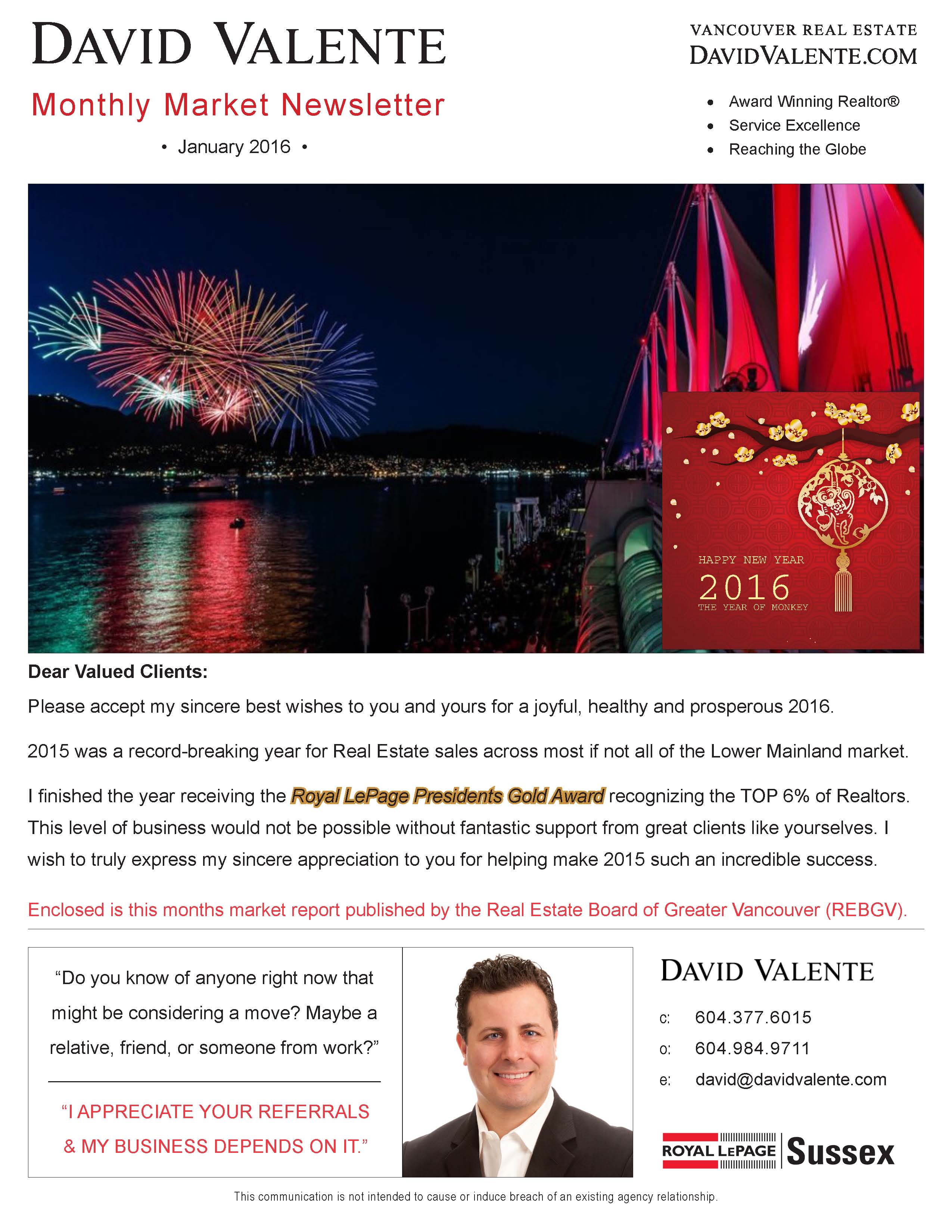 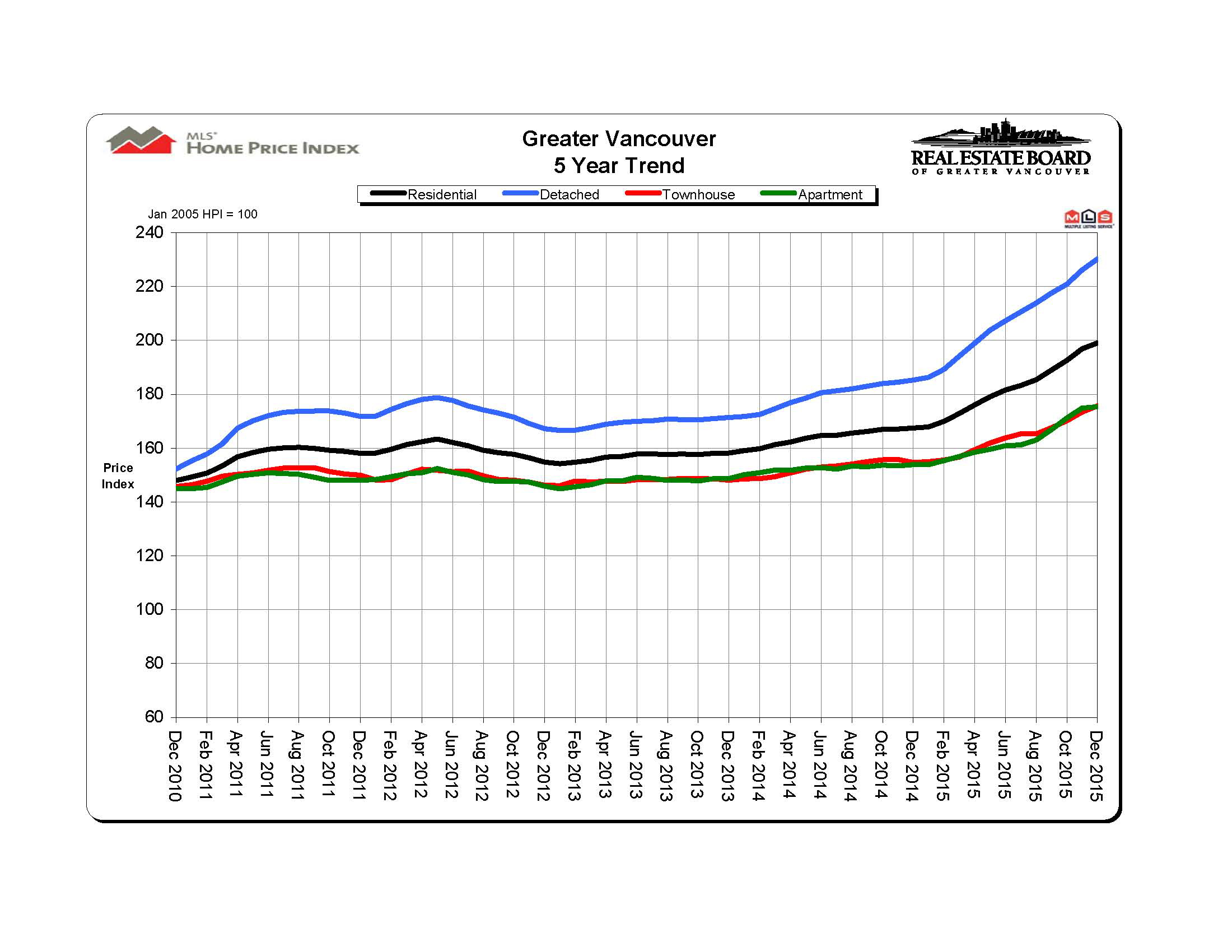 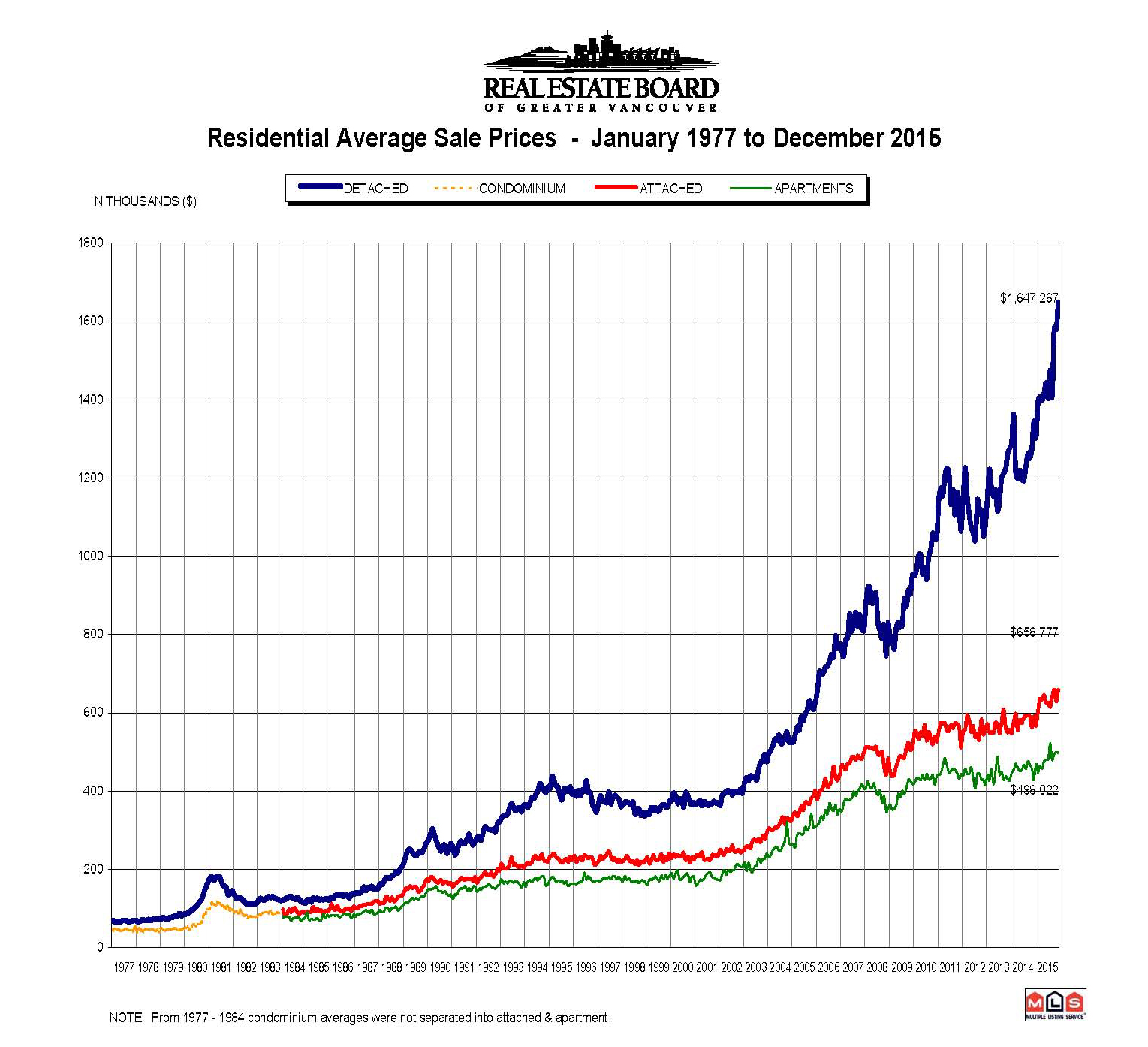 Vancouver BC, January 5, 2016 - In a year when the number of homes listed for sale was below historical averages, actual home sales in Metro Vancouver set a new record.

The Real Estate Board of Greater Vancouver (REBGV) reports that 2015 home sales were the highest annual total in REBGV history. This was powered early in the year by four straight months with more than 4,000 sales a month from March to June, another first for REBGV.

The total number of homes listed for sale on the MLS® in 2015 ranked fifth in the last ten years, while the MLS® Home Price Index (HPI) saw double-digit year-over-year price increases.

With sales-to-active-listings ratios above 25 per cent for 11 months in 2015, the Metro Vancouver market experienced seller’s market conditions for much of the year.

"Home buyers were active and motivated throughout 2015 despite the pressure on supply of homes on the market," Darcy McLeod, REBGV president said. "Housing markets typically experience quieter periods within a calendar year, but that wasn't the case in Metro Vancouver last year."

The MLS® Home Price Index composite benchmark price for all residential properties in Metro Vancouver ends the year at $760,900. This represents an 18.9 per cent increase compared to December 2014.

“We often hear economists say that seller’s market conditions put upward pressure on home prices,” McLeod said. “That was certainly the case in 2015, with price increases ranging from 14 to 24 per cent depending on property type.”

This entry was posted on January 5th, 2016 | Posted in General