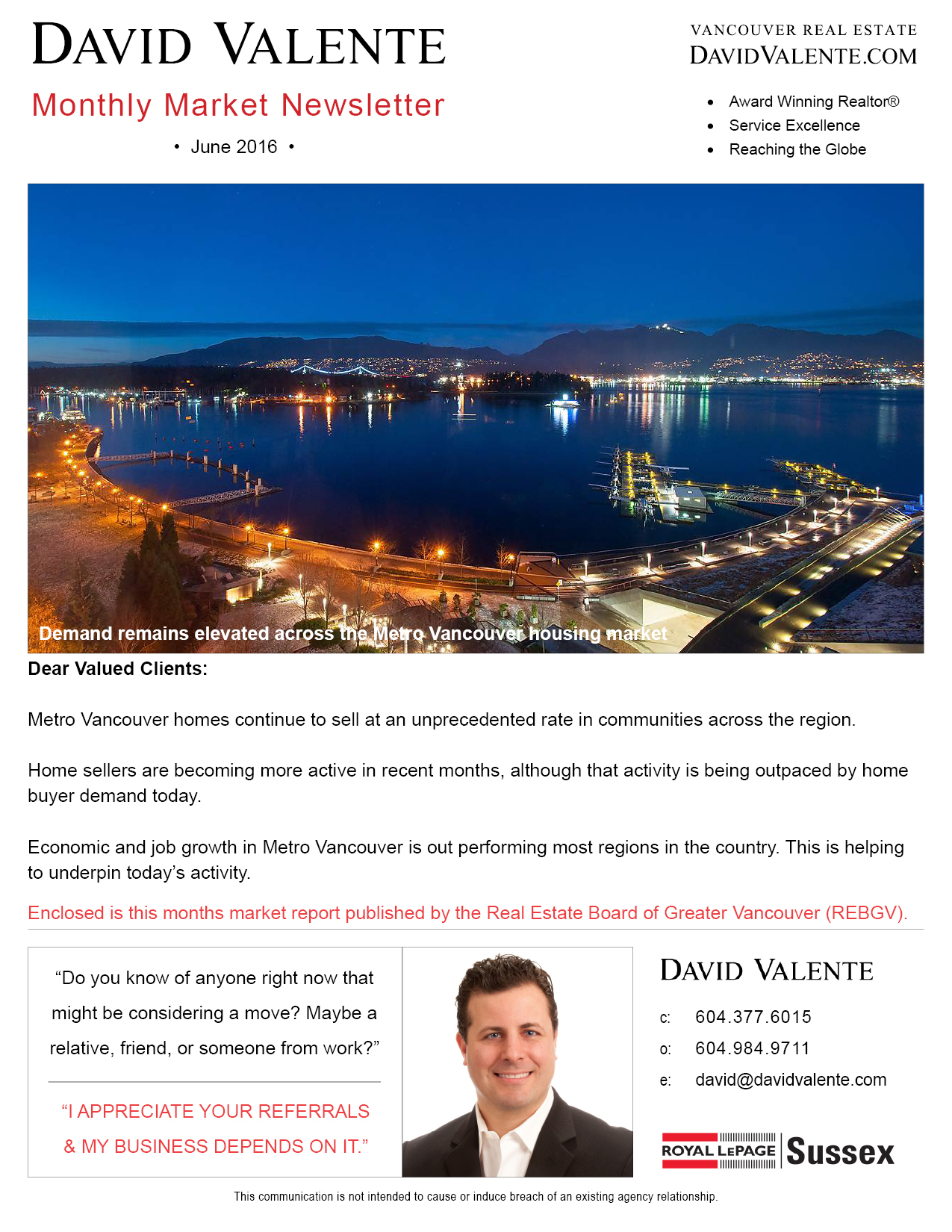 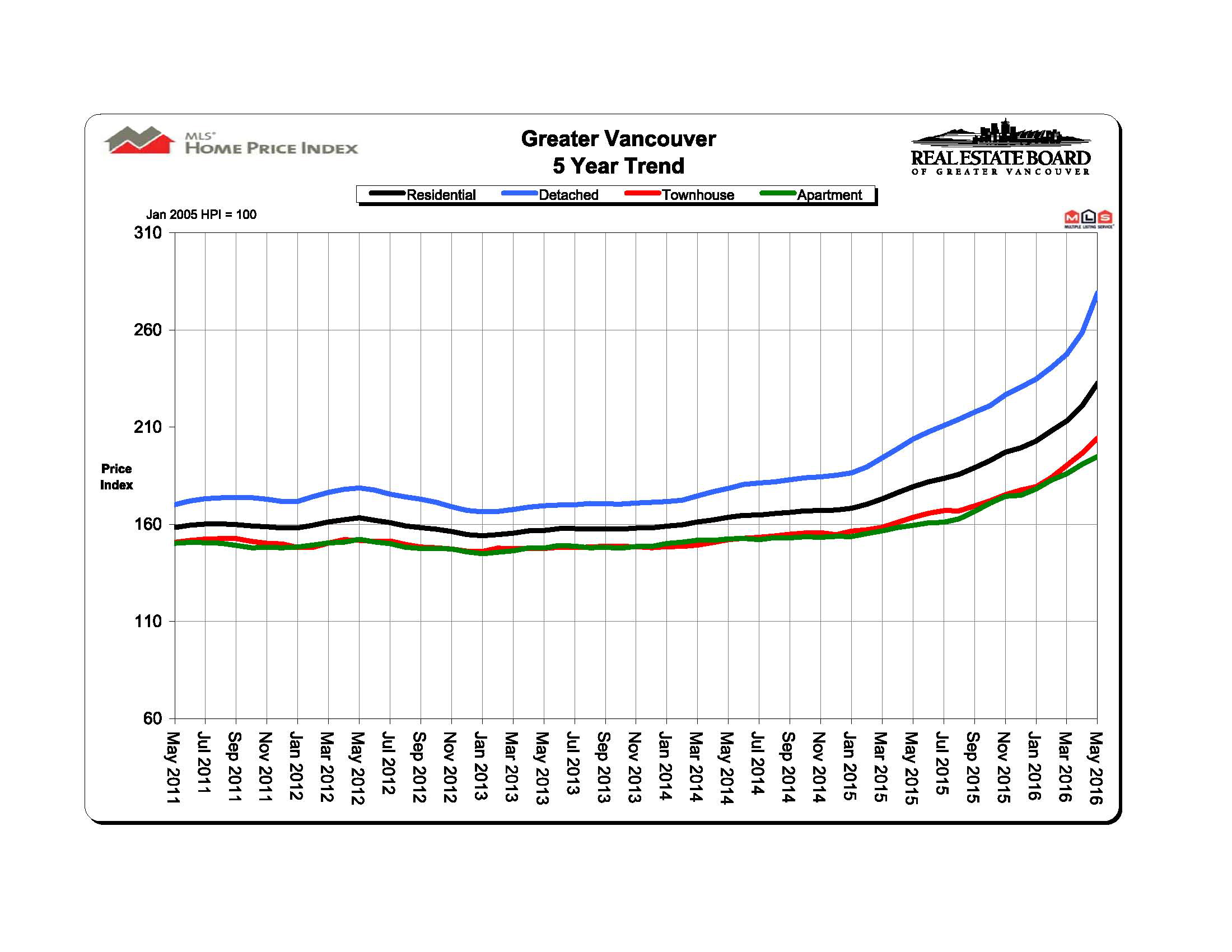 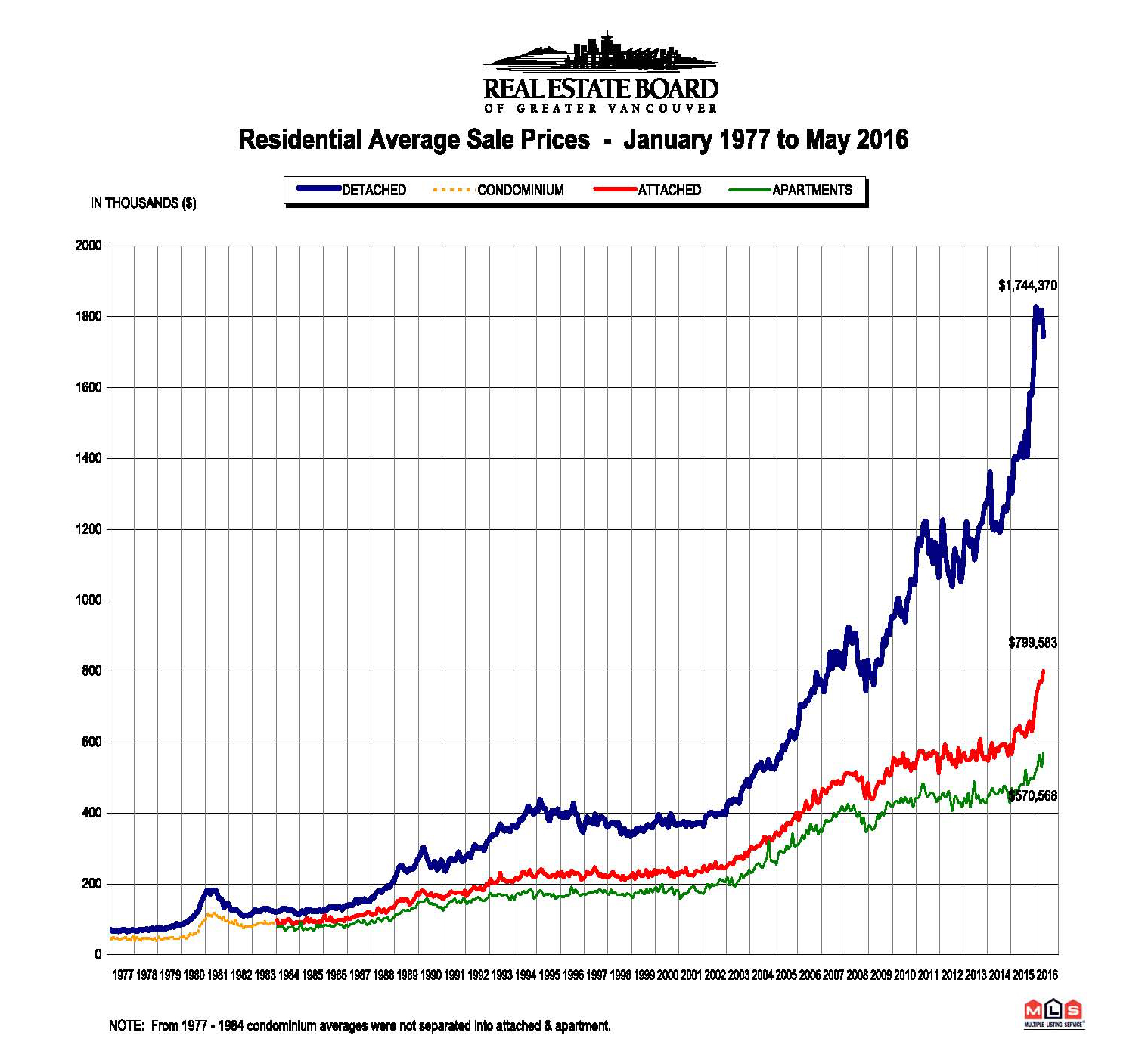 Metro Vancouver homes continue to sell at an unprecedented rate in communities across the region.
Residential property sales on the region's Multiple Listing Service® (MLS®) totalled 4,769 in May 2016, an increase of 17.6 per cent from the 4,056 sales recorded in May 2015 and a decrease of 0.3 per cent compared to April 2016 when 4,781 homes sold.
Last month’s sales were 35.3 per cent above the 10-year sales average for the month and rank as the highest sales total on record for May.
"Home sellers are becoming more active in recent months, although that activity is being outpaced by home buyer demand today," Dan Morrison, REBGV president said.

New listings for detached, attached and apartment properties in Metro Vancouver totalled 6,289 in May 2016. This represents an increase of 11.5 per cent compared to the 5,641 units listed in May 2015 and a 2.6 per cent increase compared to April 2016 when 6,127 properties were listed.

"Economic and job growth in Metro Vancouver is out performing most regions in the country. This is helping to underpin today’s activity," Morrison said.

The sales-to-active listings ratio for May 2016 is 61.7 per cent. This is indicative of a seller’s market.

Generally, analysts say that downward pressure on home prices occurs when the ratio dips below the 12 per cent mark, while home prices often experience upward pressure when it reaches the 20 to 22 per cent range in a particular community for a sustained period of time.

The MLS® Home Price Index composite benchmark price for all residential properties in Metro Vancouver is currently $889,100. This represents a 29.7 per cent increase compared to May 2015.