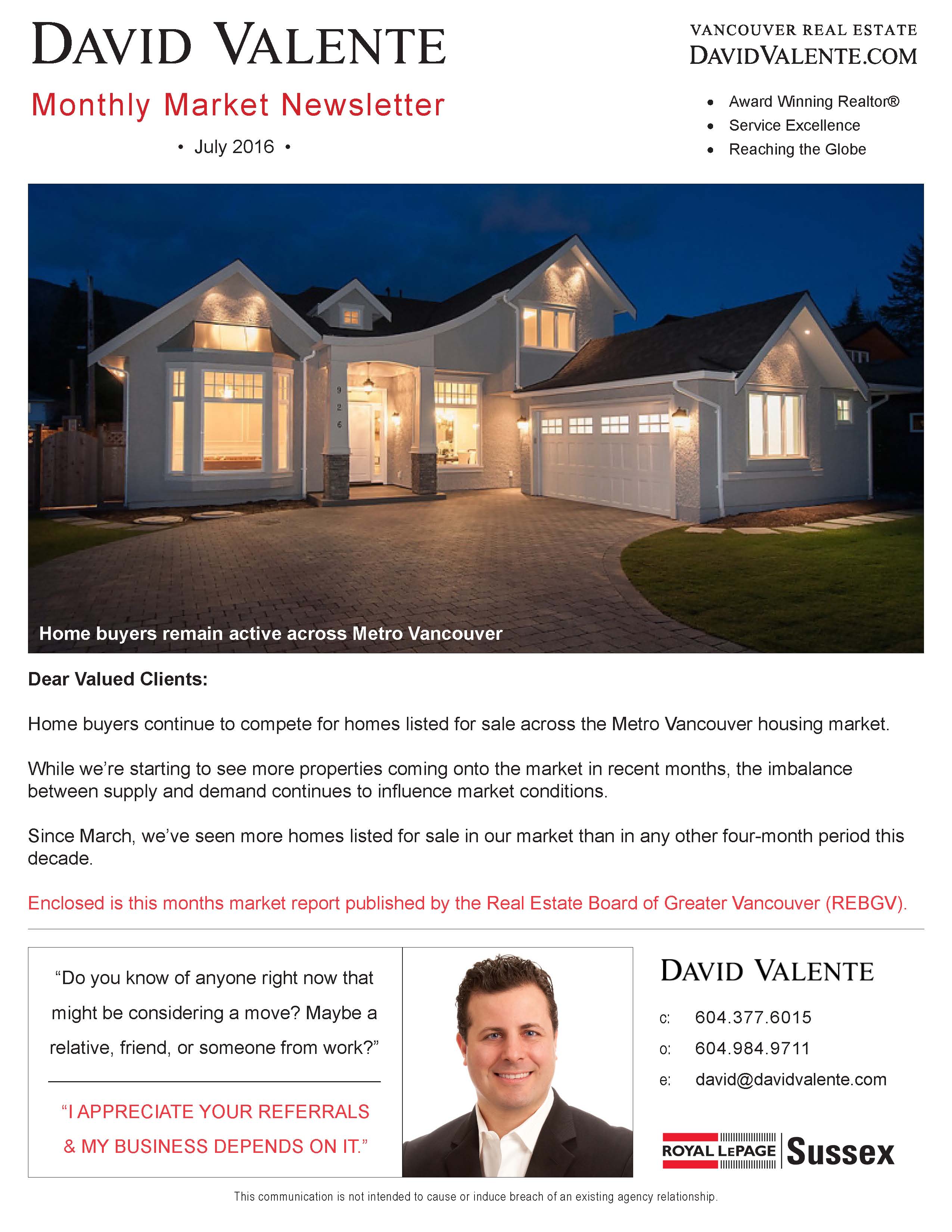 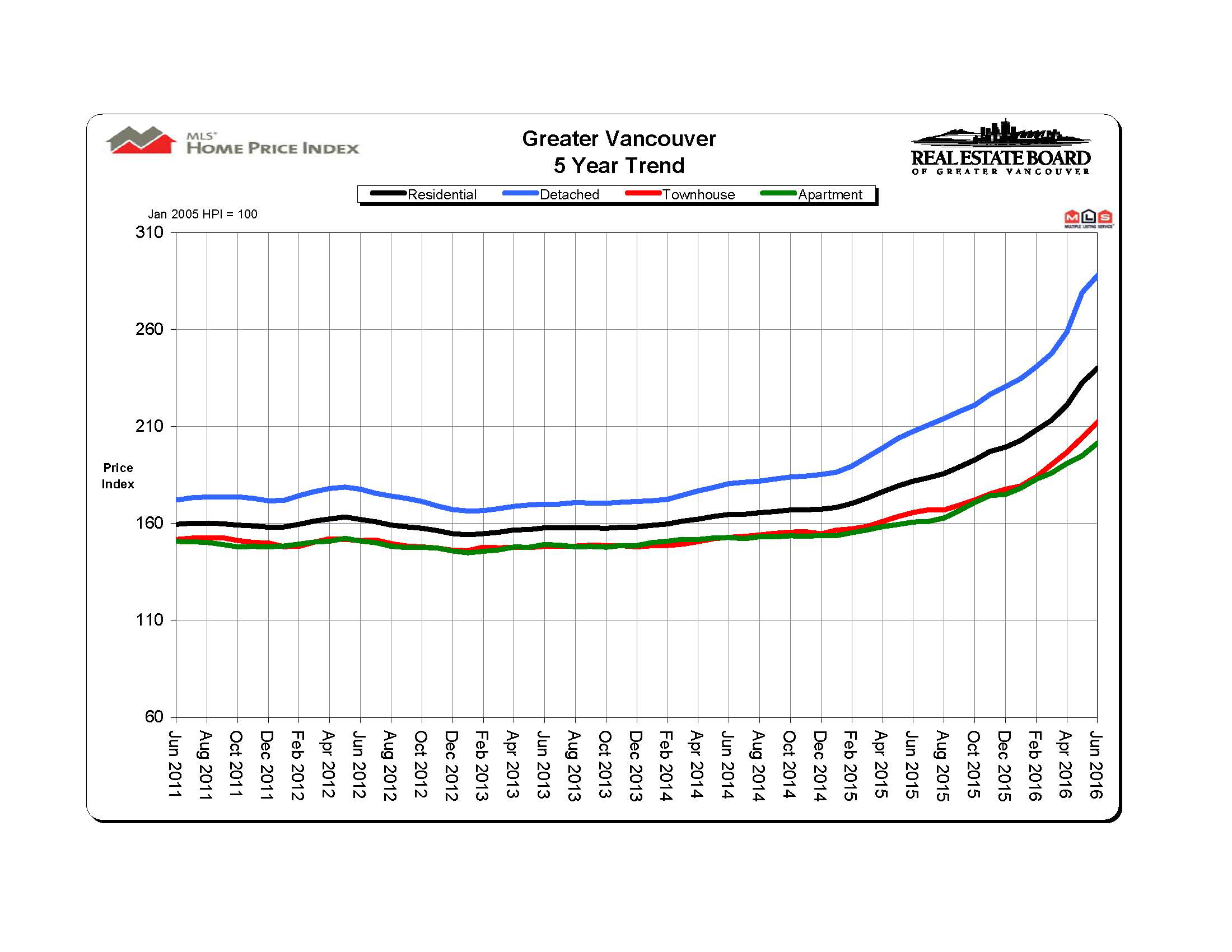 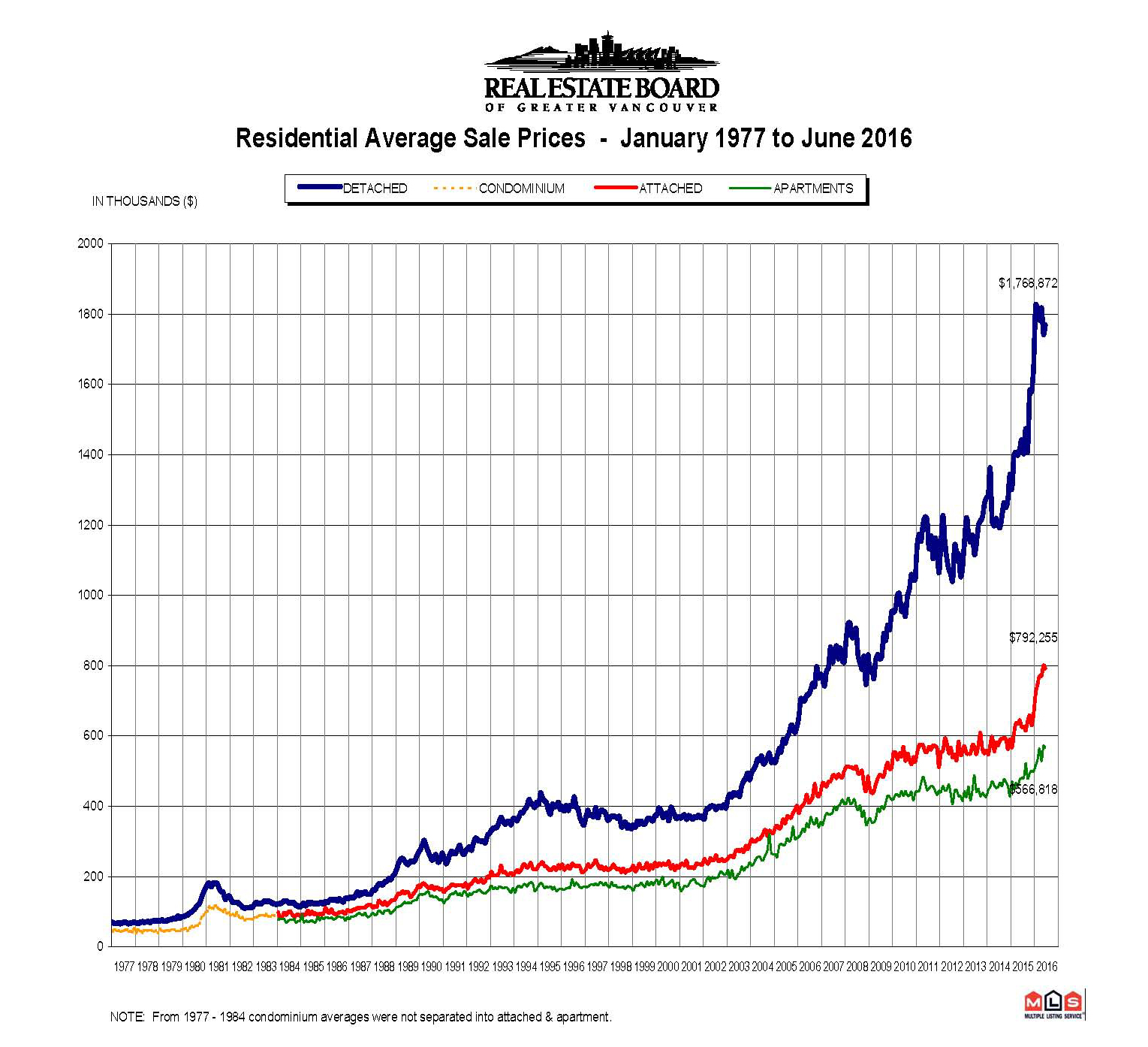 Home buyers continue to compete for homes listed for sale across the Metro Vancouver housing market.

Last month’s sales were 28.1 per cent above the 10-year sales average for the month and rank as the highest selling June on record.

"While we're starting to see more properties coming onto the market in recent months, the imbalance between supply and demand continues to influence market conditions," Dan Morrison REBGV president said.

New listings for detached, attached and apartment properties in Metro Vancouver totalled 5,875 in June 2016. This represents an increase of 1.2 per cent compared to the 5,803 units listed in June 2015 and a 6.6 per cent decrease compared to May 2016 when 6,289 properties were listed.

“Since March, we’ve seen more homes listed for sale in our market than in any other four-month period this decade,” Morrison said.

The sales-to-active listings ratio for June 2016 is 56.3 per cent. While clearly indicative of a seller’s market, this is the lowest this measure has been since February.

Generally, analysts say that downward pressure on home prices occurs when the ratio dips below the 12 per cent mark, while home prices often experience upward pressure when it reaches the 20 to 22 per cent range in a particular community for a sustained period of time.

The MLS® Home Price Index composite benchmark price for all residential properties in Metro Vancouver is currently $917,800. This represents a 32.1 per cent increase compared to June 2015.

Buying or Selling a property? Call David Valente today at 604.377.6015 for a free market evaluation.