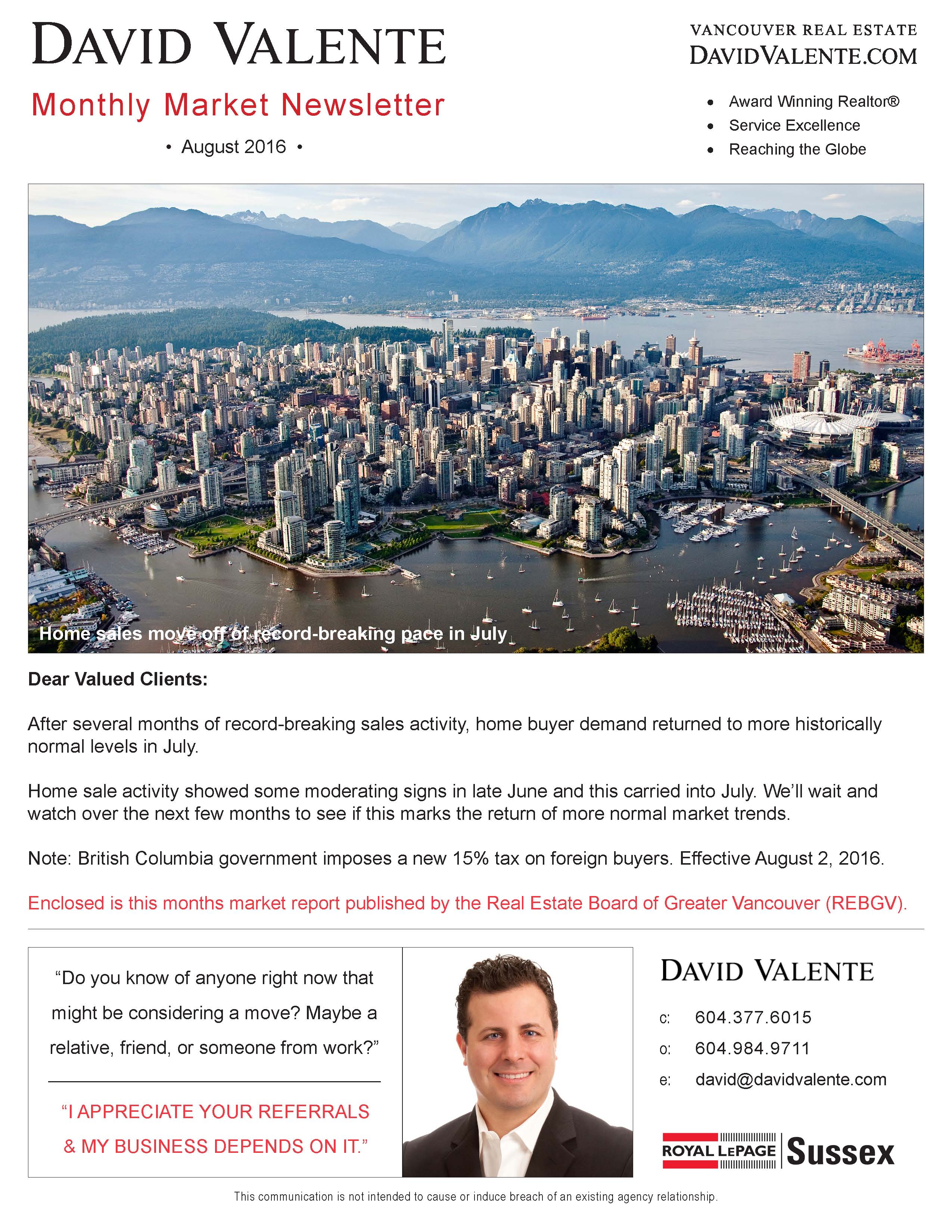 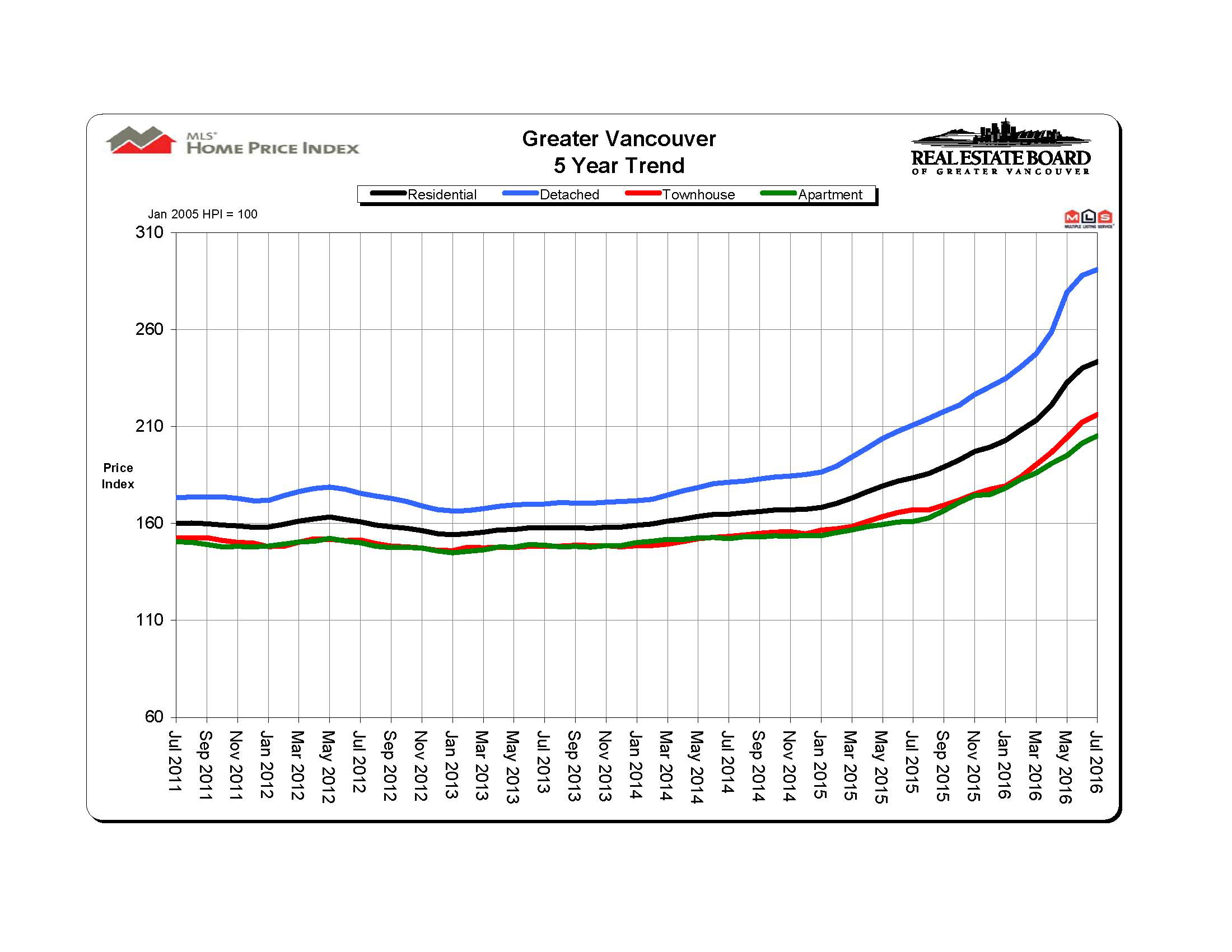 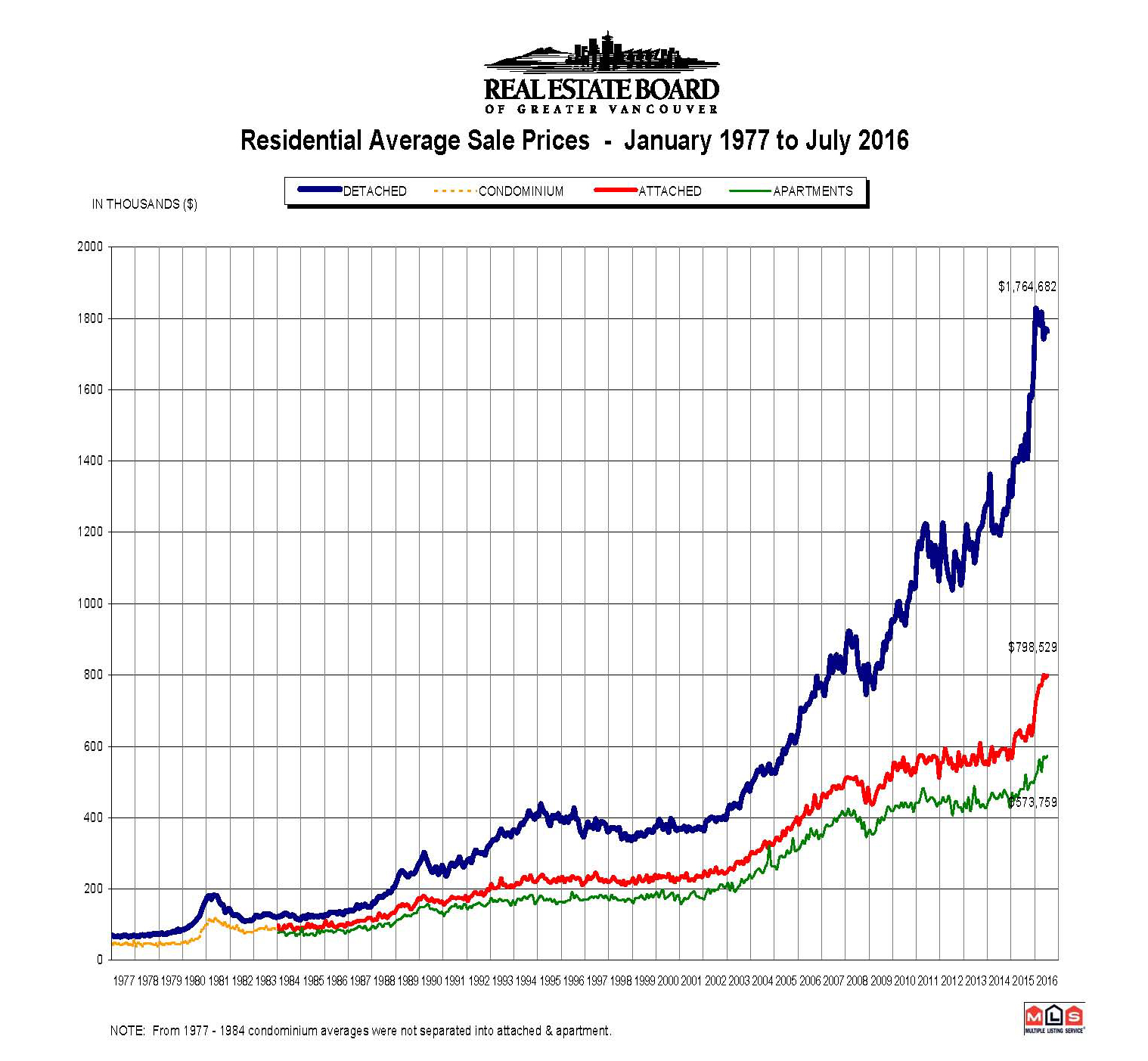 Home sales move off of record-breaking pace in July

This is the first time since January that home sales in the region have registered below 4,000 in a month.

Last month’s sales were 6.5 per cent above the 10-year sales average for the month.

“Home sale activity showed some moderating signs in late June and this carried into July,” Morrison said. “We’ll wait and watch over the next few months to see if this marks the return of more normal market trends.”

The sales-to-active listings ratio for July 2016 is 38.6 per cent. Generally, analysts say that downward pressure on home prices occurs when the ratio dips below the 12 per cent mark, while home prices experience upward pressure when it reaches the 20 to 22 per cent range in a particular community for a sustained period of time.

The MLS® Home Price Index composite benchmark price for all residential properties in Metro Vancouver is currently $930,400. This represents a 32.6 per cent increase compared to July 2015.

This entry was posted on August 9th, 2016 | Posted in General